Recent research has shown that removing carbon dioxide (CO₂) from the atmosphere can be done on an industrial scale that would be economically viable. The research was carried out by the Canadian company “Carbon Engineering” that built a pilot plant in Squamish. This plant removes carbon dioxide from the atmosphere and uses it to produce a synthetic “drop-in” fuel that could be used in aviation. It is significant that the company’s largest private investor is Microsoft founder Bill Gates and its chairman is Dan Fridmann, the former long-time CEO of Macdonald Dettwiler.

Why their idea is so grandiose and important for the world’s ecology? The world’s atmospheric concentration of carbon dioxide is now 100 parts per million higher than it was just a little more than 200 years ago. It is obvious that humans may have to make some pretty weighty decisions regarding their energy consumption. CO₂ scrubbing is a particular form of carbon capture that takes place after fossil fuel has been combusted, but before the exhaust is released into the air. 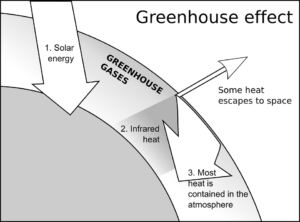 Most power plants burn coal (or another fossil fuel) in the air to create steam to produce energy. This steam turns a turbine, which generates electricity. A hodgepodge of fuel gases is also created and released into the atmosphere. Many of those emissions are greenhouse gases that contribute to the greenhouse effect. Post-combustion carbon capture works by isolating CO₂ from the other flue gases after combustion. Once the flue gases have been removed or scrubbed, they are released into the air. One of the most popular scrubbing techniques is a wet scrubber. Wet scrubbers also isolate other greenhouse gases like sulfur and mercury, but since CO₂ is the biggest problem, it gets the most attention.

The idea of Canadian scientists and engineers is simple: strip CO₂ from the air and use it to produce clean, carbon-neutral synthetic diesel and petrol to drive the world’s ships, planes, and trucks. But how can it work on the industrial scale? The hope is that the combination of direct air capture (DAC), water electrolysis and fuels can be made to work on a global scale. It would be the equivalent of mechanizing photosynthesis. Carbon Engineering has constructed a prototype plant, installed large fans, and has been extracting around one tonne of pure CO₂every day for a year. But Carbon Engineering has just passed another milestone. It has now begun directly synthesizing a mixture of petrol and diesel, using only CO₂, captured from the air and hydrogen split from water with clean electricity. Such Iur to Fuels (A2F) process is a potentially game-changing technology, which if successfully scaled up will allow us to harness cheap, intermittent renewable electricity to drive the synthesis of liquid fuels that a compatible with modern infrastructure and engines. This technology offers an alternative to biofuels and a complement to electric vehicles in the effort to displace fossil fuel from transportation.

While Bill Gates is trying to clean up the planet, MIT (Massachusetts Institute of Technology) scientists say that they can help power plants do more to out carbon dioxide emissions. The MIT project seeks to lower the energy needed to remove carbon dioxide by using an electrochemical device that’s similar in concept to a rechargeable battery. the technique promises to be less expensive and easier to add to existing power plants than current systems.

Smokestack Scrubbers: a New Component to Industrial Exhaust SystemsCommon Prejudices Regarding Wet Scrubbers: Are They Holding Industry Back?