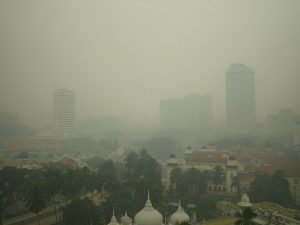 It is not a secret that every year about seven million people die of diseases caused by air pollution and now bad air quality interferes in human sleep that is the way for strong physical and mental health. In spite the fact that the problem of losing sleep and its reasons have been discussed many times, but the impact of air pollution on apnea was a new theme.

A link between obstructive sleep apnea and air quality includes the increasing level of two of the most well-known pollutants that are fine particulate pollution (PM2.5) and NO2 (nitrogen dioxide), a traffic emission pollutant.

Initials researches have revealed that air pollution influences not only lung and heart system but also sleep process. Thus, air pollutants provoke upper airway irritation, swelling and blocking. Moreover, they may also influence the parts of the brain and central nervous system that manage breathing patterns and sleep.

The main goal of the research is to demonstrate the importance of air pollution control. That is why almost two thousand people with an average age of 68, from multi-ethnic groups, were examined, herewith, 36% of white, 28% of black, 24% of Hispanic and 12% of Asian people. Almost fifty percent of the participants suffer from a sleep disorder and consequently, sleep apnea that is marked by breathing repeating stops and starts.

Also, the researchers estimate levels of air pollution around every home of participants with the help of air pollution measurements. The research demonstrated that the probability of sleep apnea increasing by sixty percent in every year increase of PM5 and NO2 pollutants.

However, the researchers confirm that according to their data air treatment quality will improve the situation and not only individual risk factors but also environmental features have an impact on sleep disorders.