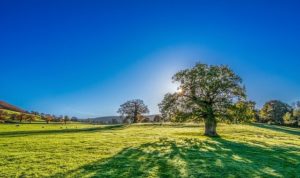 The air pollution control already lasts 50 years in the United States. Thus, nowadays the sky is much clearer here than in the mid-20th century. Due to the absence of leaded gasoline and the refusal of power plants from coal, the level of sulfur dioxide has reduced by 91%. Nevertheless, although these growing improvements in air pollution control measures are obvious, the epidemiologists do not strive to demonstrate undeniable public health advantages that their computer models predict.

To be more precise, EPA performs monitoring of the same air pollutants for 50 years. “Since 1980, lead in gasoline dropped by 99%, carbon monoxide from traffic by 83%, and nitrogen oxides by 63%. Concentrations of ozone and airborne particulate matter have decreased by about 30%.” Thus, pollution control by ambient air quality monitoring includes regulatory rather than scientific priorities.

It should be noted that air pollution influences the health of numerous people, however, not everyone suffers from bad air treatment. The air pollution affects preferentially the frail and susceptible, often the very young and elderly people but the researches of epidemiologists is focused on healthy middle-class, middle-aged white adults, as well as specific outcomes like mortality and hospitalization rather than identifying mechanisms and interactions that could result in these events.

Additionally, there are no publications about longitudinal air pollution researches of progression from healthy to vulnerable status in individual humans. Herewith, almost all of these studies about the absence of air pollution control are based on the spatial distributions of exposure coincident with adverse outcomes, rather than exposures accumulated over a lifetime. Nevertheless, it should pay attention to the fact that any change in health status depends mainly on time, regardless of geographic gradients.

Various models of the real world are developed but they can not explain all possible factors of air pollution effects. The thing is that air pollution influences millions of people, for instance, in China and India, while the smoke from fires in Australia affected the globe. The level of air pollution in human health in the developed world is just a few percentage points but the individual exposures have never been affordable in sufficient numbers for any air pollution epidemiology research.