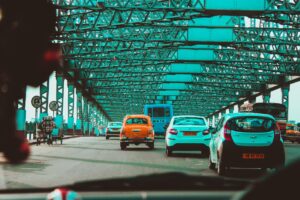 According to the statistics, Kolkata is considered to be the most air-polluted metropolitan city in the country as well as Delhi. However, the readings have significantly declined during 2017-2019. But this tendency wasn’t for West Bengal, where the level of air pollution rose during this period, especially in rural districts. The analysis of the air pollution control organizations states that this trend will last even in 2021. And the main reasons for it are the absence of proper air quality monitoring and the lack of air treatment systems beyond Kolkata.

In 2019, West Bengal was in second place for deaths caused by air pollution. According to the research, Kolkata still has really high readings for PM 10 in comparison with the national permissible limits. While PM 2.5, which is known as more dangerous than PM 10, was not considered at all for the analysis.

PM 2.5 is ultrafine particles that are less than 2.5 microns in diameter. These particulate pollutants can enter the bloodstream through the respiratory system and cause health problems like asthma, lung cancer, and heart diseases. PM 2.5 contains many different chemicals that are emitted by a range of sources, mostly by power plants, industrial smokestacks, and automobiles.

Thanks to the number of air pollution control programs, the government and activists could reduce air pollution during the last few years. But the PM 2.5 readings are still high enough. Due to the lockdown, PM 2.5 pollution fell from 41.8 micrograms to 28 micrograms. However, this year the levels rose to 37.4 micrograms again.

The industries in the rural districts don’t have such opportunities for installing air pollution control devices, like dry scrubbers or wet air scrubbers. Moreover, they lack the analysis and studies of the air pollution levels. So only seven districts have the infrastructure for measuring PM 2.5. And several districts with high PM 10 readings can’t measure the most toxic particulate pollutants.