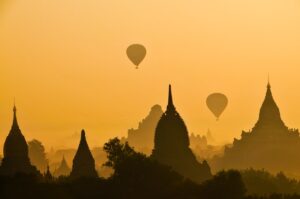 A research team from India in cooperation with scientists from the USA are holding experiments on air pollution control technology to reduce air pollution and make the air quality better in India.

According to the research, bad air quality has caused at least 1.7 million deaths in 2019. The Indian states’ governments are developing and deploying new policies to reduce the high rates of air pollution. One of them is called the emissions trading system or ETS. It is an approach when the government sets an overall limit on emissions and defines permits or limits up to the level of the overall limit. For India, it is a totally new method of air pollution control because it’s widely applied in the countries with a higher income, for example, in the United States. First of all, it is connected to the lack of the necessary data infrastructure. Secondly, it has never been used for curbing particulate matter like soot and other industrial emissions that are the main sources of health risks in most developing economies with high levels of air pollution.

The emissions trading system restrains emissions in a certain area for a certain particulate matter. Moreover, it gives the opportunity to the sources like plants and factories to trade among themselves to provide the lowest cost of compliance. The most effective among the first appliances of this technique was sulfur dioxide from power plants in the U.S. Particulate pollutants had caused acid rains that became a real problem for the northeastern United States. However, thanks to the emissions trading system, the air treatment problem was solved by reducing the air pollution rates.

The first Indian state that decided to apply this method for improving air quality was Gujarat. Gujarat is an industrial state with high levels of air pollution. First of all, the research team should optimize the ways of receiving information on air pollution rates. Scientists implemented continuous emission monitoring systems to measure particulate matter in a continuous way. Secondly, they should find the most effective way of using this continuous emissions monitoring system for air treatment.

According to the early results, the Gujarat project is very successful. The vast majority of plants, over 90%, is providing information on air pollution. One of the most important tasks was moving to the new monitoring regime that included the installation of air pollution control devices in the factories and plants. That led to the sustained reduction of particulate matter content. However, the process was slowed down because of the Covid lockdown.

This Gujarat project has a great meaning for the whole country and the air pollution problem. The particulate matter problem is also present in Punjab, as well in north India. This program would be especially useful in urban areas, where the industry remains a pretty large source of emissions. Scientists see this air treatment system as an ideal instrument that can be accepted by many states and have a great impact on the reduction of particulate matter emissions.

It is a well-known fact that air pollution has a huge impact on countries’ economics, especially in lower-income countries. Any politics that can successfully reduce air pollution rates bring health advantages for the population. This system helps the governments respond to the climate change that will directly affect countries in South Asia.

The raise of PM 2.5 levels due to the wildfires in Canada