Millions of years ago, nature was the dominant force capable to change the landscape of the Earth. Today people replaced it. They cut down forests, build dams across rivers and huge factories, construct roads etc. 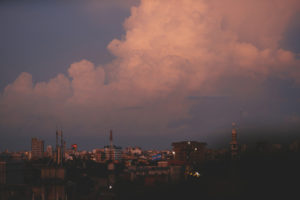 Now, if we consider environmental problems, then the most urgent is air pollution control. Environmentalists sound the alarm and urge society to reconsider its attitude towards life and the consumption of natural resources because only prevention and control of air pollution will improve the situation and prevent serious consequences.

The reasons for air pollution can be a result of both natural processes and human activity. And it is humans who play an increasing role in the pollution of the atmosphere. The reason for a large part of chemical and physical air pollution is the burning of hydrocarbon fuels during the power production and vehicle engine operation.

If there are a lot of pollutants in the atmosphere, and their composition varies, different chemical reactions between them are not excluded, moreover, it leads to the formation of more toxic substances. Also, if the amount of gases in the air is excessive, there is a possibility of acid rains, since the interaction of many gaseous oxides with water produces acids that fall on cities.  This phenomenon is especially often observed near the factories producing toxic waste.

For example, for a long time the Columbia ice cap in Alaska remained more or less stationary since its discovery from 1794 to 1980, but then it suddenly began to melt. Today the ice cap has melted 12 miles (19.31 km) to the north that made it one of the fastest melting ice caps in the world. According to NASA, all the glaciers of the world lose about 226 Gt of ice per year because of climate change and the absence of air pollution control technology.

However, when global warming is the reason for glacier melting, this is one thing. But when a massive ice layer of 1,250 square miles melts for a month, significantly raising the level of the world ocean, it becomes a significant problem.

In addition, according to the study, toxic air pollutants provoke powerful storms in the Pacific Ocean. Ocean disturbance, in its turn, is changing the climate systems in North America. At the same time, another study showed that storms in the ocean contribute to the reduction of air pollution.

Air pollution is very dangerous for humans. For example, in 2019 the main threat to health according to WHO is an inability to manage air pollution and climate change. Every day, 90% of the world’s population breathes polluted air. This is highly harmful to the lungs, heart, and brain. 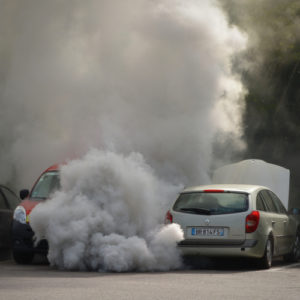 Every year, more than seven million people die of lung cancer and other diseases caused by air pollution. By 2050 about 250,000 people in the world will die every year of heat, lack of food and malaria because of the absence of air pollution control technology resulting in global climate change.

More than half of the people on Earth suffer from non-contagious diseases, which include diabetes, cancer, and heart disease. They are caused by the use of tobacco and alcohol, lack of physical activity, unhealthy diet, and of course, air pollution.

So, in other words, it can be argued with almost one hundred percent probability that pollution by exhaust gases contributes to disease formation. This conclusion was made by Scottish scholars who studied women working near roads with high traffic. They believe that cancer is caused by exhaust gases because types of cancer were similar and close to each other.

More recently, scientists from Massachusetts and Beijing have found that a bad climate, and consequently, bad air quality, also affect people’s social life and behavior. The lack of air pollution technologies influences human emotions, people are unhappy which means that they could make irrational decisions.

Researchers analyzed data about pollution from 144 Chinese cities and tracked the general happiness of city dwellers, analyzing their publications on social networks. After analyzing the results, they found that there is a link between the levels of air pollution and the level of happiness.

It should be noted that mental health problems can occur at an early age. So half of all mental diseases occur in people from 14 to 19 years old, and suicide is one of the most frequent death causes among teenagers. Also, it is believed that air pollution can cause autism in children.

Air pollution with small particles reduces the average life expectancy by about a year, in the most polluted countries of Asia and Africa it is by one and a half to two years.

It turned out that the absence of air pollution control reduces the average life expectancy by 1.03 years; for comparison, smoking reduces it by 1.82 years, poor quality of drinking water- by 0.57 years, and unhealthy food- by 2.67 years.

Even countries with relatively high air quality, such as the United States, the European Union, and Australia have the PM2.5 pollution level sufficient to take several months of life from the residents. For most developed countries, the reduction of life expectancy is no more than six months. A particularly difficult situation is observed in South Asia, where air pollution affects life expectancy and the level of mortality due to environmental reasons is higher than from all types of cancer altogether. 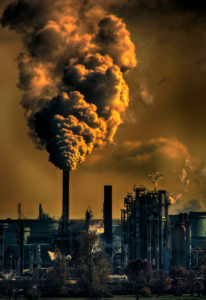 The growth of industrial production is accompanied by the formation of numerous waste products that pollute the environment. That is why it is necessary to design air treatment solutions with the aim to reduce the level of harmful substances in the biosphere. This problem can be solved with the development of air pollution control equipment, as well as the use of dust and gas cleaning technologies of scrubbing.

Moreover, the focus of nature protection from industrial air pollution should be on the development of waste-free and low-waste industrial production. However, the solution to this problem takes a lot of time. Currently, the most common air pollution treatment method is efficient purification devices for capturing and processing gaseous, liquid and solid wastes, namely scrubbers.

All methods of scrubbing solid (dust) or liquid (mist) particles from gases can be divided into two types of scrubbers – dry and wet. Dry methods, as the name implies, do not use water or other liquids in the dust scrubbing process. Wet methods of dust scrubbing are based on bringing the polluted gas stream into contact with water, wetting the dust and draining it with water to a water filter or a sump tank.

Dry methods cannot always be used to scrub dust, e.g. if the dust is explosive, it is necessary to use wet methods. It is wet scrubbers that are used in coal mines in the areas of coal discharge and transportation. Coal is often wetted by spray nozzles as wet coal produces less dust. At below freezing temperatures during winter coal produces more dust, and the installation of local wet scrubbers with forced polluted air tapping is required.

The use of wet air scrubbers shows results. For example, recent data from NASA satellites revealed a remarkable reduction of nitrogen dioxide pollution from cars, trucks, and power plants in the United States. Power plant operators installed scrubbing systems to remove pollutants from chimneys, and car manufacturers began making neutralizers to reduce nitrogen dioxide emissions and other harmful contaminants into the atmosphere. This example is just the beginning of a long process of air pollution control. 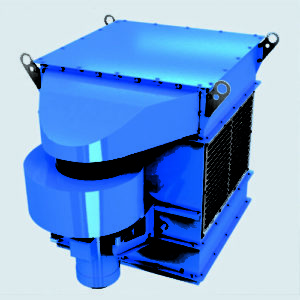 If you plan to make your contribution to the air treatment in order to improve air quality, you can purchase a high-tech completely new type of wet air scrubber – a Multi-Vortex wet air scrubber produced by Redwood technology company.

Redwood technology is a fast-growing vendor of wet air scrubbers. The multi-vortex scrubber is able to remove gas emissions, dust, vapors, and other pollutants from a gas stream.  It is an innovative technology created to save water that makes it more cost-efficient and differs from other types of scrubbers.  If you have any questions or would like to purchase a multi-vortex wet air scrubber, please contact us at info@rdwd.tech